I'm bouncing a soccer ball outside my pod tonight when GN emerges from his pod and begins to wander down the hall. Recognizing the opportunity, I wind up and prepare to roll the ball down the hallway. Facing me, GN immediately knows what's up and stands straight up — think Beefeater — in the middle of the hall and waits for the ball to roll at him. 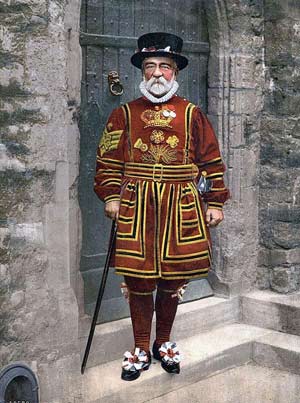 Sure, it's juvenile, but it's a game. GN recognizes that I'd like to throw the soccer ball at him, and accepts my challenge, challenging me back to hit the slimmest profile possible. It's the kind of thing six-year olds would do, but it's also well after 5:00pm, so all bets are off.

I roll the ball, and it heads right for him. It takes a malicious break at the last moment and sails right past, rolling full-on down the hall, bouncing off the back wall and into the pod of KH.

It's good now to mention that Homestead (3375) is probably about 40-50 yards long, as estimated by the ~15 diagonal parking spaces along its length (check it out for yourself). I sit in one corner of the building, and KH is all the way down the same side. Together, this means that at the point at which the ball rolls into his pod, he has no clue what's going on.

Sensibly, KH picks up the ball and emerges from his pod. He sees Beefeater GN halfway down the hall, and myself at the end, still trying to direct the ball by leaning to the left. Quickly deducing what's going on, he rolls the ball towards GN, misses, and it ends up at my feet.

At this point, GN decides he's tired of being static in the middle of everything, so heads to my side to watch. KH and I are at a loss for what to do, but things being what they are I roll it to him anyway. He passes it back, and I have an ack to my syn (admittedly a bit of a stretch, but it's good to throw in nerdy metaphors every once in awhile); the game is on.

Figuring that the “roll the ball back and forth” game is a little juvenile, I look for an objective. KH is standing at the end of the hallway with his legs spread, so I opt for the generally-accepted human croquet. The ball rolls down the hall, hits KH in the leg, then bounces outside the wicket; score: 0 - 0.

Being fair, I spread my legs as wide as it reasonable to give plenty of margin of error. KH rolls the ball back, and it breaks at the last moment, going perfectly wide to hit neither myself nor the upstairs railing. This continues for awhile, and over the next three turns the score comes to 3 - 0. This is very unlike KH, who is known for being competitive and generally not a n00b. I roll it back, and we're at 4 - 0.

He rolls it perfectly down the middle of the hall, but it breaks at the last moment and hits me in the leg, bouncing wide and around. Amazingly, he makes a touchdown signal and high-fives the people who have surrounded him on his side of the building. I stare for a second, then do my best pass breakup celebration.

Like this, but more I want to stomp your face in. (source)

KH looks a little confused, and I roll the ball back to indicate we're still cool. I miss, and the score stands at 4 - 0. KH puts everything into his next roll, and sends it straight down the stairs into Marketing. There is much laughter, game over, and we converge for debriefing.

We all agree that the “roll the ball” game is stupid, but fun (partially because you're not supposed to play games in the halls at work; it has that air of the unpermitted).

KH comes up to me and says, “I just wanted to make sure, we were playing the let's-try-to-hit-each-other game, right?”

I could comment, but I think I'll let you find your own moral in there.