I am trying to solve a two-body problem in the American West. Here's my CV. Also check out:

It came up recently that I wanted to send some music my sister's way. Truth be told, I considered passing her a few CDs, but it dawned on me quickly enough (through the word of others) that (ahem) in this day and age, there's not much point to such an investment when mp3s are some much more manageable. And here I thought I was up on tech.

Naturally, there's not much too interesting about passing mp3s to another person — via FTP, HTTP, torrents, or whatever — but such measures cheapen the sentiment: when there's no real effort or thought required to sending information, there's less meaning inherent in the transmission. After looking around for awhile for "cutest usb flash drive", it became apparent that there is no current device which optimizes all three sides of the price-cuteness-storage triangle; mimobot comes close, but they're pretty pricey for a 2GB model. I'm by no means a professional tailor, but I took my share of Home Ec in middle school, so I am capable of throwing a stitch or two into things. Enter the truism that there's something innately appealing to an older brother about giving a younger sister a stuffed animal whose head pops off, and there's a project in the works.

What are the necessities? Target can help:

You can pick up 2GB for far cheaper online, and even in-store, but it's gotten tough (at target) to find USB drives with mountable caps, necessary to mount the head back on the animal. If you're already prepared, $5.00 for sewing materiel is unnecessary, but regardless this is an under-$30.00 project. Perfect.

Alas and alack, I've again forgotten to document the process, but here's a quick run-down:

Plug it in, pop on some files, and share! 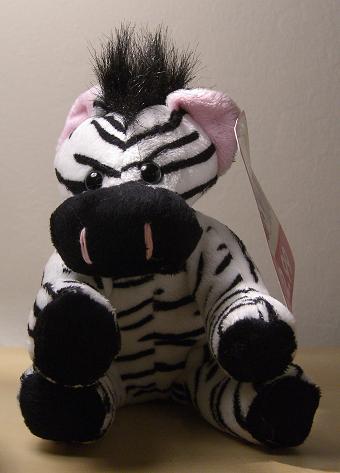 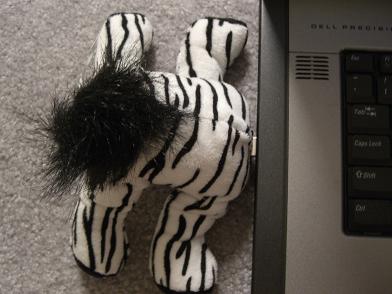 Creepy, awesome, and full of win. Now I just have to wait for her reaction.